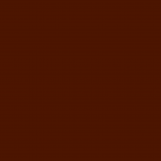 Venue: Tate Exchange at Tate Modern, London (13th May, 12-6pm) Call for Participation If you hear tell of an event, somebody relates it to you. Hear tell involves both a speaker and a listener, a performer and an audience. It represents an account communicated in speech of something that might have happened. Theatre and performance both involves and prompts such acts of hear telling, discussions, like those described by Joe Kelleher, ‘as to what was seen or heard tell of and what it might mean, what it might be worth, what there is to do with it’ (2015). Taking the form of a study day, Hear Tell circulates around three key actions: describing, reporting and narrating. Each of these terms can be understood as a mode within performance. It also presents an approach to writing and talking about performance, a means by which live events might be articulated, shared and documented. In turning to these terms, we are not rejecting analysis – rather, we are focusing our analytic frameworks on the methods through which we often arrive at analysis. Describing, reporting and narrating might be understood together as forms of address or as mediating steps between event and apprehension, tools for circulation and distribution. On the other hand, each term has its own codes, resonances, and related concepts. The three key terms of this event carry a range of connotations and associations; one of the tasks of the study day is to test the efficaciousness of these associations in relation to theatre and performance. The act of describing might do the work of summoning to appearance a range of subjects with a variety of consequences (as Christina Sharpe points out, ‘fitting the description’ can carry oppressive weight in the case of, for example, racist stop-and-search policing (2016)). Reporting may highlight complexities of objectivity and subjectivity – to make a report is to engage in some way with registers of truth-telling. Finally, narrating might be understood to accompany action and appearance. As Adriana Cavarero argues, drawing on Hannah Arendt, narration can reveal ‘the finite in its fragile uniqueness’(2000), distinct from the universal categories of philosophy, e.g. ‘the human’. As Sylvia Wynter has shown, the historical development of the category of ‘the human’ has underpinned imperialist and white supremacist projects (2014). Might attention to the more contingent practices of describing, reporting and narrating offer different ways in to the recounting of experience? In order to probe the nuances of these terms, the organisers invite proposals for reports, descriptions and narratives. Each contribution should identify with one of these forms and likewise report, describe or narrate an event, object or experience also performing that respective term. The day will be made of descriptions of describing, reports on reporting, narratives of narrating.The project of the event is to do the work of reporting, describing and narrating so central to the making and reception of theatre and performance. It is through this hearing and telling that a critical reflection will emerge. To apply as a contributor, please submit a proposal of no more than 300 words, and a brief biographical statement, to Georgina Guy (georgina.guy@rhul.ac.uk) and Johanna Linsley (johanna.linsley@roehampton.ac.uk), cc-ing documentingperf@tapra.org, by 5 April 2019. All participants must be TaPRA members. If you are not currently a member, you will be asked to join the organization at the interim rate of £15 before the date of the event (http://tapra.org/join-tapra/). TaPRA is providing two £50 travel bursaries to facilitate postgraduate and non-affiliated artists/researchers to contribute to this event.  The event organizers will award these bursaries based on: If you would like to be considered for a bursary, please signal this when submitting your proposal, briefly outlining how you would benefit from attending and how you meet the criteria as a postgraduate or non-affiliated artist/researcher.