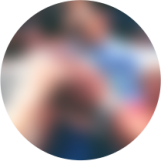 Negative affects such as boredom, irritation, nausea, discomfort, sadness, grief, fear, pain, shame, doubt, jealousy and guilt are all-pervasive in contemporary life and culture. Cultural theorist Sianne Ngai contextualizes the “aesthetics of negative emotions” in the political economic situation of advanced capitalism (2005, p. 4). Such “ugly feelings”, she argues, might index larger anxieties and insecurities about one’s place and position. Citing Paolo Virno, Ngai suggests that such ‘affective attitudes and dispositions’ have actually become functional, central to the smooth functioning of ‘the economic system which they originally came in to being to oppose’, translating themselves into positive qualities of ‘flexibility, adaptability, and a readiness to reconfigure oneself’ (ibid.). As long as there have been bodies, bodies have felt bad. Scholars such as Elaine Scarry and Drew Leder have foregrounded the experience of pain as central to the experience of the body; as Drew Leder argues, it is often only through dysfunction that the body itself appears to consciousness (1990, 76). Decades before, Jean-Paul Sartre centred one of the most unpleasant and self-shattering bodily feelings, nausea, as a key term in his existentialist philosophy (1938). The centrality of bodies in performance prompts a new understanding of bad feelings and negative affects. Performance’s ability to represent, embody, or provoke bad feelings intervenes in the way they participate in wider political or economic situations. Conversely, attention to negative affects draw attention to the way the effects of  exploitation and poor labour conditions (such as injury) can be concealed/revealed by the aesthetics of theatre and performance. Expectations around the performance (or concealment) of negative affects are also structured by ideas of difference, including race, gender, sexuality, disability and class. Certain bodies are culturally constructed by expectations to perform, suffering or pain, as Saidiya Hartman argues. Conversely, as contemporary commentary around race in the popular media demonstrates, talking about such structural inequalities itself provokes negative affects of discomfort, shame, and embarrassment. We invite proposals for traditional papers, practice research demonstrations, workshops or other forms of presentation as appropriate to your project. Possible topics may include but are not limited to:   One of the 2019 Bodies and Performance panels will be a joint session with the Performance and Science Working Group. As such we also invite proposals that might touch on bad feelings, the body, and scientific discourses and technologies of repair, augmentation, and replacement. Submitting a proposal Please send a 300-word (max.) proposal and a short biography in a Word document via email. Please also include precise details of your resourcing needs, for example, any audio-visual technology, or a particular type of space (e.g. drama studio) that you will need to make your presentation. Email abstracts and information to the Working Group conveners, Claire Hampton,Victor Ladron de Guevara and Solomon Lennox at bodiesandperf@tapra.org The deadline for the submission of proposals is Tuesday 16th April 2019.   Early Career Researchers Bursary Scheme: If you are an Early Career Researcher, then you are eligible to be considered for a TaPRA ECR Bursary. Please follow this link for more information, and please indicate on your proposal whether you fit the criteria and wish to be considered for the bursary scheme: http://tapra.org/bursaries/ Postgraduate Bursary Scheme: There will be a separate call for PG Bursaries later in the year, but please do indicate in your proposal whether you are planning on applying to the scheme.