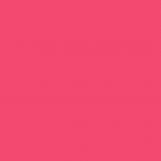 Over at least the last two decades, theatre and performance scholars have proposed alternative ways of considering how performances unfold across or between times through the performance document, and propelled a shift away from the terms of singular, originary events. While much of the debate in theatre and performance studies has been focused on ontological issues of representation (Phelan, 1993), liveness, presence, and immediacy, this working group invites proposals that emphasise the generative and political aspects of alternative duration, queer temporalities, or possible futurities. It invites considerations of the non-linear, asynchronous, non-successive, inter- and trans-generational, unstable, wild, and strange durations in and through performance and its documents. Rather than theorising the performance document in terms of linearity, institutional fixity, or evidentiary logics of reconstruction and ‘reproductive temporality’ (Halberstam, 2005: 4), there is much to be gained in focusing on the sustaining problems and pleasures posed by the limits of performance and its political exigencies (Johnson, 2019); alternative notions of duration that disrupt or dismantle generational borders (Jones, 1997, 2012); queer, feminist, and BAME futurity (Aston and Harris, 2006; Muñoz, 2009); and the ‘porous approach to time and to art’ of inter(in)animation (Schneider, 2011: 6). Scholarship beyond theatre and performance studies has also invited new considerations of time, embodiment, difference, and agency of and through the living and non-living document, including emergent thinking on the operations of power in the era of anthropogenic climate change (Povinelli, 2016), and alternative mappings of the (re)production of racial difference and global power (da Silva, 2007). Wayward Temporalities searches for the ways in which performance documents probe, dissent, and destabilise relations between historicity and futurity, and complicate notions of contemporaneity. Possible topics may include:

Please send a 300-word (max.) proposal and a short biography in a Word document via email. Please also include precise details of your resourcing needs, for example, any audio-visual technology, or a particular type of space (e.g. drama studio) that you will need to make your presentation. Email abstracts and information to the Working Group conveners, Dr Harriet Curtis, Dr Diana Damian Martin, and Dr Eleanor Roberts at documentingperf@tapra.org.

The deadline for the submission of proposals is  16th April 2019.

Early Career Researchers Bursary Scheme: If you are an Early Career Researcher, then you are eligible to be considered for a TaPRA ECR Bursary. Please follow this link for more information, and please indicate on your proposal whether you fit the criteria and wish to be considered for the bursary scheme: http://tapra.org/bursaries/ Postgraduate Bursary Scheme: There will be a separate call for PG Bursaries later in the year, but please do indicate in your proposal whether you are planning on applying to the scheme. References