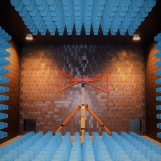 Listening is, unsurprisingly, a primary concern in the study of the aural and the sonic. Foundational texts of sound studies have proposed various taxonomies for understanding listening as both ontological and phenomenal: from Don Ihde’s phenomenology of listening and philosophy of sound (1973) to Michel Chion’s categorisation of listening modes as causal, semantic and reductive (1994) and Jean-Luc Nancy’s examination of listening as distinct to hearing (2007). More recent theorisations have foregrounded listening as corporeal and carnal (Le Guin 2006); porous and intersubjective (Cavarero 2005); implicating the voicer and listener in an in-between (Thomaidis and Macpherson 2015); embedding the posthuman sound-maker in a sonic/vocal assemblage (Neumark 2017); and conceiving listening as agential in the politicising of sound (Stoever 2016). Such conceptualizations deny any neat division between listening ‘as an actual practice and as a conceptual sensibility’ (Voegelin 2010), reposition it as ‘a political tool and the possibility of wider social and political change’ (Farinati and Firth 2016), and renew its epistemic force ‘as the basis for a knowledge production that is equally a position of radical empathy’ (LaBelle 2014). How do such formulations of listening ‘speak’ to each other? How do methodologies of listening interconnect and interact? What is the role of performance in inviting, cultivating, and rethinking practices of listening across? Given the proliferation of methodologies, conceptualisations, and critical interrogation of listening as well as of new, emergent, and developing practices of listening in contemporary sound, music and vocal performance, we invite presenters to consider such topics as:   In response to the above areas, we invite expressions of interest for:

Please send a 300-word (max.) proposal and a short biography in a Word document via email. Please also include precise details of your resourcing needs, for example, any audio-visual technology, or a particular type of space (e.g. drama studio) that you will need to make your presentation. Email abstracts and information to the Working Group conveners, Leah Broad, Adrian Curtin and Konstantinos Thomaidis, at soundvoicemusic@tapra.org

The deadline for the submission of proposals is Tuesday 16th April 2018.

Early Career Researchers Bursary Scheme: If you are an Early Career Researcher, then you are eligible to be considered for a TaPRA ECR Bursary. Please follow this link for more information, and please indicate on your proposal whether you fit the criteria and wish to be considered for the bursary scheme: http://tapra.org/bursaries/ Postgraduate Bursary Scheme: There will be a separate call for PG Bursaries later in the year, but please do indicate in your proposal whether you are planning on applying to the scheme.