This prize recognises excellent research from an early-career researcher and is made for a single short-form piece of research in the public domain. 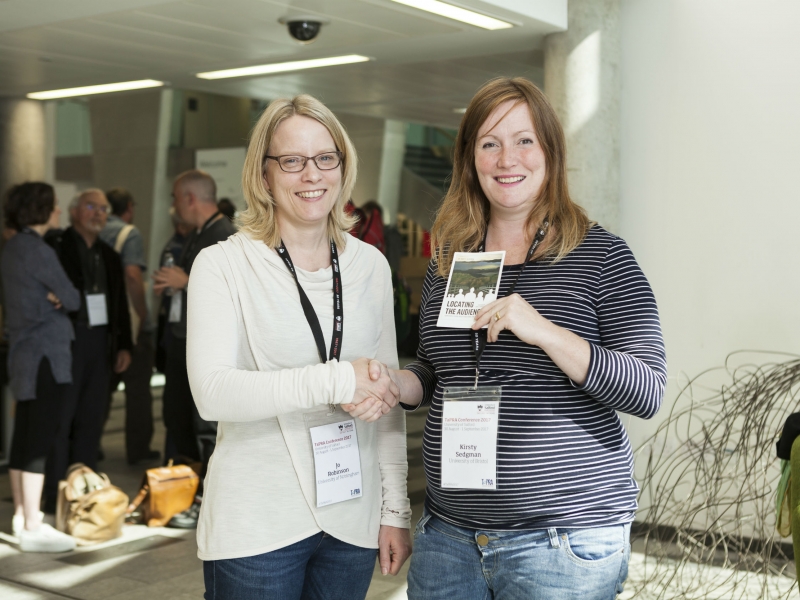 The essay makes a strong argument for the unique and urgent contribution of theatre and performance research to wider systems of knowledge about the world. It articulates the perils of narratives which amplify victimhood and philanthropy and makes a strong case for revealing the mechanisms through which infrastructures performatively enact their processes emphasising the fallibility of the humans performing those processes. The author convincingly argues that performance is uniquely placed to challenge the invisibility of such infrastructure. The politics of the piece are not gestural – the article works through the performance and real-world processes in remarkable detail.

The Prize consists of a free conference place (membership fee, conference dinner and accommodation excluded) and a cheque for £200.

Between material and perception: towards an aesthetics of scenography (Theatre and Performance Design, 2020, 6:1–2, pp.9–25)

In a strong field, the judges felt this essay deserved the prize for its rigorous synthesis of existing scholarship and its paradigm-expanding critical work. The essay draws from materialist philosophy and questions of relationality to rethink how we might understand the scenographic in relation to aesthetics. It provides a richly theorised extension of recent debates in scenographic studies, opening these debates up to new critical frameworks. This is highly compelling and speaks to work across theatre and performance studies as a whole. The article is thoroughly researched and thoughtfully and precisely articulated. This is high quality work that is deserving of recognition.

for work on Suffrage Theatre and the Actresses’ Franchise League.

TaPRA is delighted to award its 2019 Early Career Researcher Prize to Dr Naomi Paxton, whose work represents a fresh, detailed account of an important period of British theatre. Her rigorously researched monograph, Stage Rights! (Manchester University Press, 2018), traces the significance of the Actresses’ Franchise League from their founding in 1908, through the outbreak of WWI and into the mid twentieth-century. By interrogating its activities in terms of a blurring between ‘acting’ and ‘being’, the panel noted that Dr Paxton offers an unexpected extension of existing analyses of the AFL’s work and prompts new readings of the function of theatre in/as society. Additionally, in advancing understandings of theatrical, political, and social activism in the women’s suffrage movement, Dr Paxton’s impactful methods of public engagement (in the form of games, guided walks, exhibition and performances) have made her research accessible to audiences beyond the academy in innovative ways.

for Social Housing in Performance: The English Council Estate on and off Stage (Bloomsbury, 2019)

for research in interdisciplinary Voice Studies.

Launched right at the point when the UK’s Brexit referendum was reaching its explosive conclusion, the judges felt that the ‘Translation, Adaptation, Otherness’ project represents an important – and deeply timely – investigation of how theatre in translation can be used to address contemporary tensions between varying cultures and languages by disrupting audiences’ expectations. Identifying and addressing a unique problem in a highly innovative way, the project constitutes a significant expansion of our current knowledge of theatre in translation and adaptation, with major implications for both performance scholarship and practice.

for Intermedial Praxis and Practice as Research: ‘Doing-Thinking’ in Practice (Palgrave Macmillan, 2016)

for development of work on audience research including Locating the Audience (Intellect, 2016). 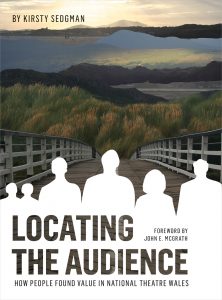 The judges felt that few studies in this field are as successful as this in demonstrating the complexity of research that is able to deliver a real understanding of audience experience while maintaining a sharp critical focus. The work is already having an impact and at a time when the ‘audience experience’ is so often relegated to consumer response and metrics data, Sedgman’s work is a welcome turn to the live and lived experience of and for the people who buy the tickets.

for leadership in the areas of costume and practice research.

The judges felt that from inside, from outside, this project shows change towards place in action and declares its ambition for further work. It is the work of considered scholarship and practice: far reaching, versatile, inclusive and impactful both for the communities with which it worked and for the academic sector which TaPRA represents.

for her co-edited collection, Performance, Madness, Psychiatry: Isolated Acts (Palgrave) and an article in the journal Interdisciplinary Science Reviews.

for his work on the aesthetics and politics of audience participation.

for his work on the aesthetics and politics of immersive theatre.

for his work on Polish and Central European Theatre.

for his extensive work on Live Art.

for her work in establishing Performance Philosophy through a range of publications and projects.

Performance in a Time of Terror: Critical Mimesis and the Age of Uncertainty (Manchester University Press)

Only current TaPRA members can submit nominations for our awards or elections. Each nomination requires a seconder, who must also be a current member.

Our 2023 conference will be hosted in partnership with the University of Leeds.

Our 2023 conference will be hosted in partnership with the University of Leeds.